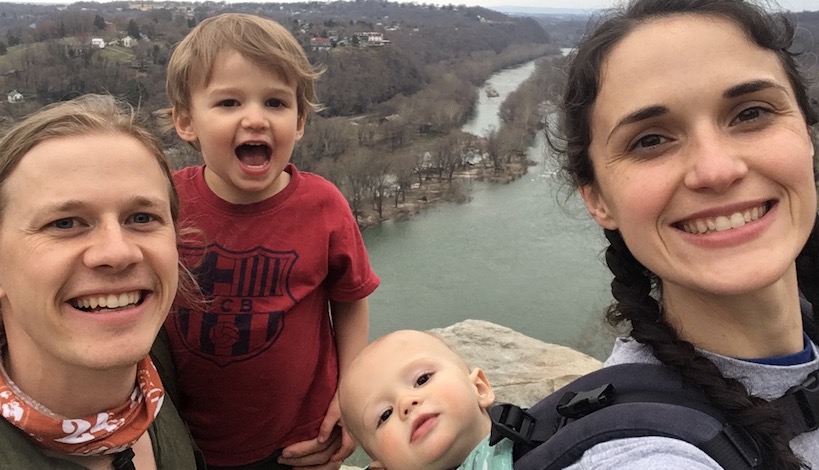 Give Me Eyes to See –

“Father God, give me eyes to see…”

As I entered the Zacharias Institute on the first day of the ReFresh conference, this was the start of the prayer in my heart. In this moment, with whom would you have me speak, God? Who needs a kind word and friendly welcome? As the days progressed, I started many a prayer with this plea, and time and time again the Lord graciously answered it.

Perhaps it is no surprise then that the most vivid memory I have of my time at ReFresh involves two sets of wide eyes that stared deeply into mine only thirty minutes apart from one another.

On the last day, during the closing talk of the conference, I found myself in the atrium. I sat with a mother and a young child. The baby boy had an altogether captivating way of staring at the world in wide-eyed wonder. His gaze met mine, full of innocence and yet undeniably conveying his soul in a quiet sense of awe. There was an expectation of goodness in his glance displayed by the contagious smile that continually broke out across his little face.

“Father God, give me eyes to see your goodness
and take it in with wonder like this precious child.”

The prayer flitted easily across my mind at the time, but it was only a half and hour later that I found myself in the same spot listening to a young woman share the burdens in her life that had all but crushed her ability to see any goodness in the world. Her wide blue eyes stared wildly back at mine, desperately searching for any thread of hope onto which she could hold. There was a frantic pulse underlying her gaze, starkly different than the serene contemplation of the baby with whom I had been with just minutes before.

It’s a sacred spot in which to be when someone shares their deepest wrestlings with you. A solemn gravity seemed to hang in the air around the space in which we talked, and as she shared I prayed for her.

“Father God, give her eyes to see you.
Break down the barriers that she may know you.”

In a tearful hug, we cried and prayer together, ending our conversation just moments before the final worship song. Later that evening, as I was reflecting on all that happened, God used that conversation to answer a prayer I had never consciously made: He gave me eyes to see a false belief I was holding.

Over the course of some time, I had slowly bought into an insidious lie regarding my most deeply held beliefs. The misstep in my thinking was ever so slightly bent away from the truth, and yet gravely mistaken indeed: I had begun to think that the reason to share the Gospel with people was that Christianity would help them live a happier life, but it wasn’t actually crucial for living.

I believed Christianity was just a nice little set of auxiliary beliefs that would generally help someone in life. But those two blue eyes seared into my memory quickly called that idea into question. The only hope I could give the young women, the only life I could speak to her was that which came from Jesus.

I saw firsthand that Christianity is not merely a nice-to-have conception, it is an absolutely vital truth worth claiming in all its wonder and goodness. I left ReFresh with a renewed sense of confidence that the only way one can truly live is by believing the truth of the Gospel, and a new prayer:

“Father God, give me eyes to see...
and words to speak your truth. Amen.”